HRL conducted an initial investigation of a produced water tank release at a well pad located in Garfield County, Colorado. A rock from the hillside above and adjacent to the well pad scaled from the hillside and broke through the steel secondary containment. The rock then ricocheted off the condensate tank and struck a flow line to the partially buried produced water tank. This resulted in a release of produced water into an unlined secondary steel containment. TPH levels in the soil were in excess of 6,000 ppm.

Approximately 760 cubic yards of soil was impacted with light end oil produced water. In-situ bioremediation was the preferred option to remediate the impacted soil. In July 2011 HRL personnel were onsite to install a series of slotted PVC pipes (treatment ports) to a depth of approximately 30-feet bgs.

Three in-situ bioremediation treatment events were conducted. Based on analytical and field screen data, approximately 50% of the site was remediated to below COGCC allowable concentration levels (500 ppm total TPH) suring the first phase of treatment. The top ten (10) feet of the impacted soil had not yet been treated. 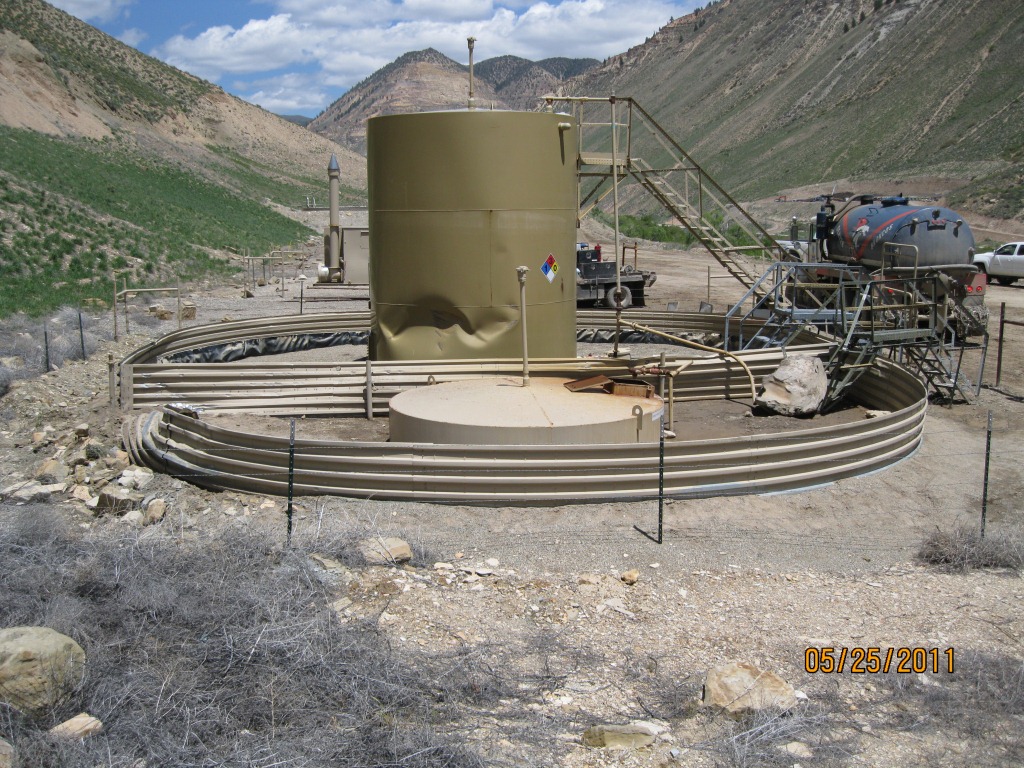 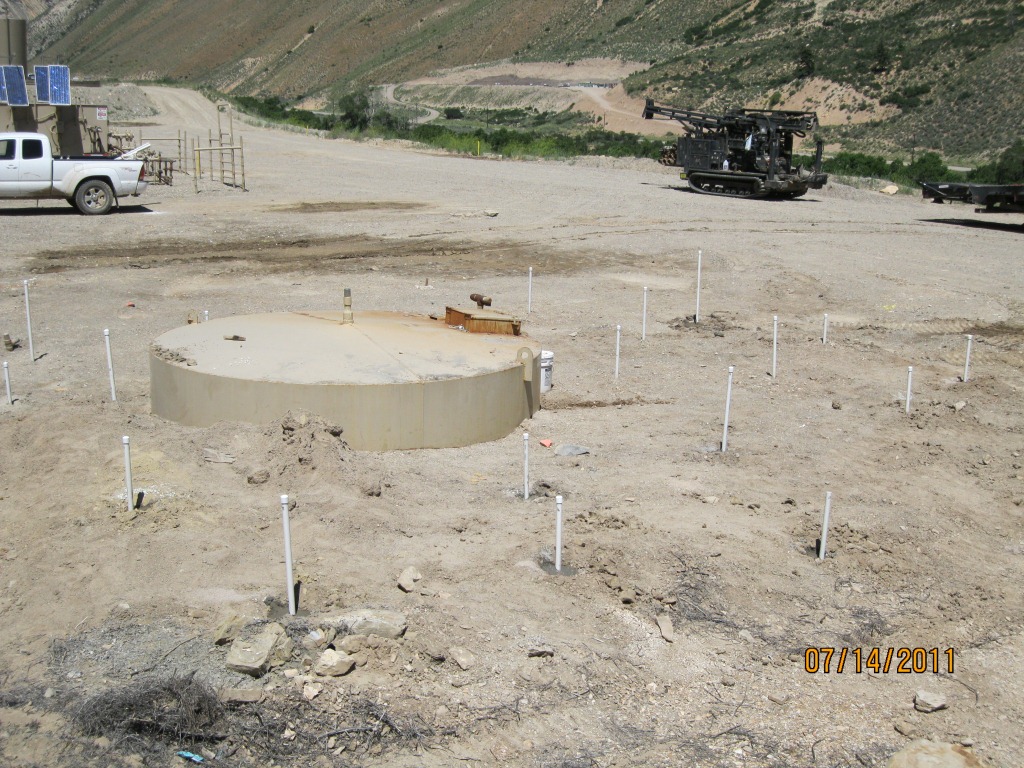 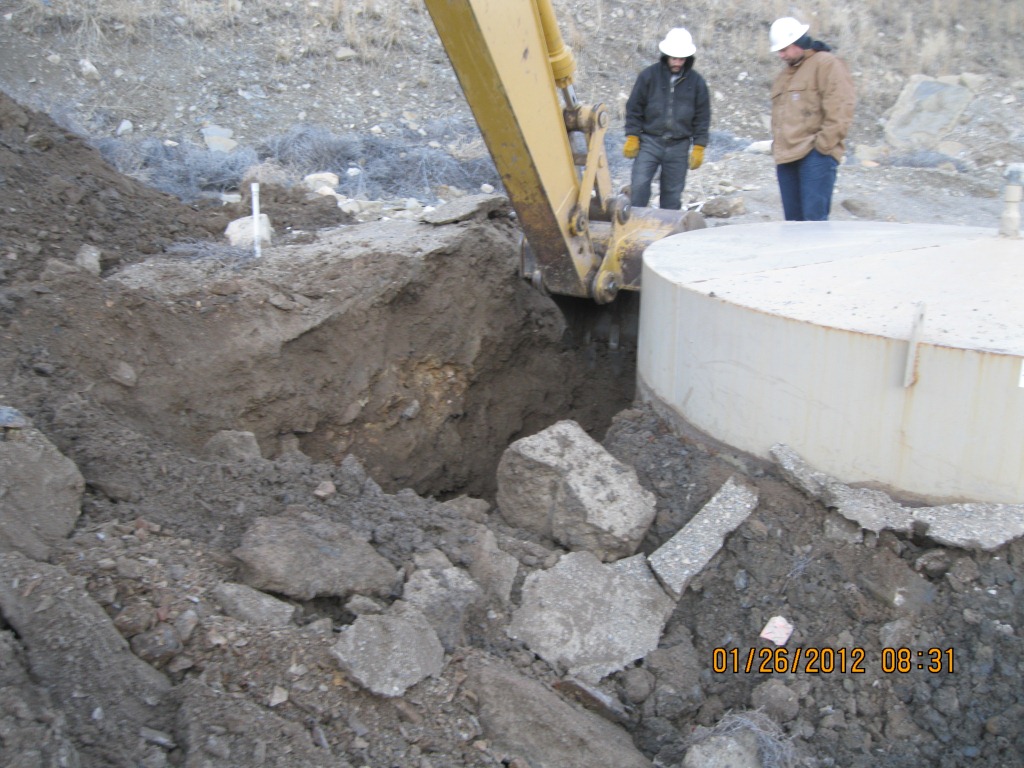 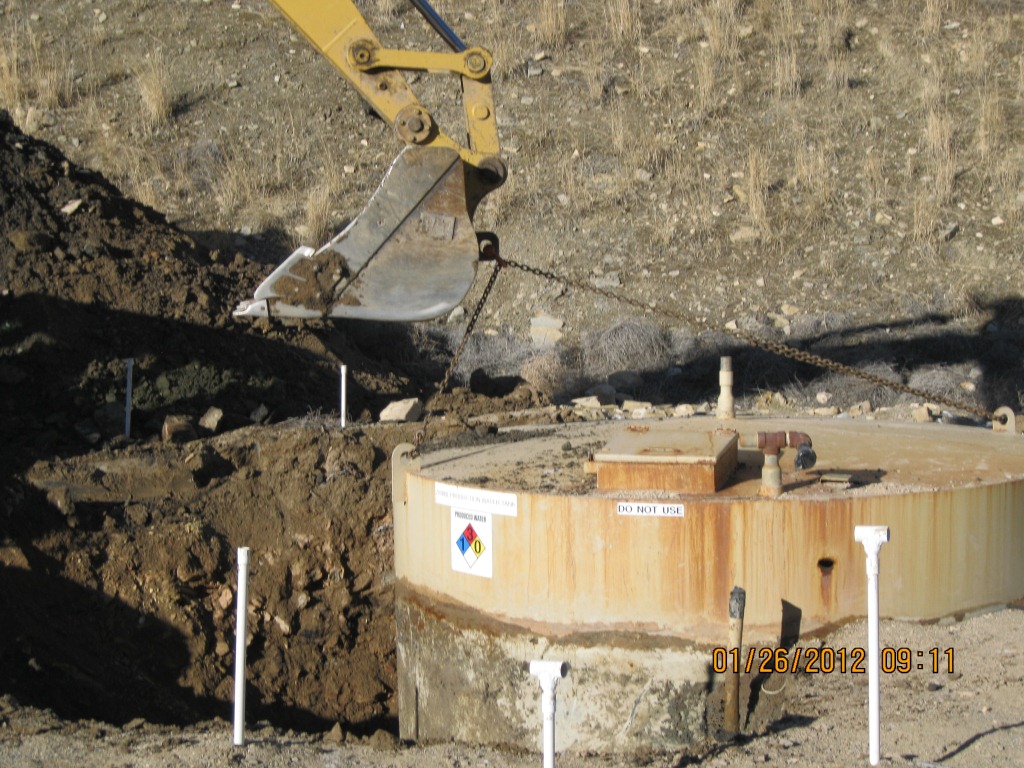 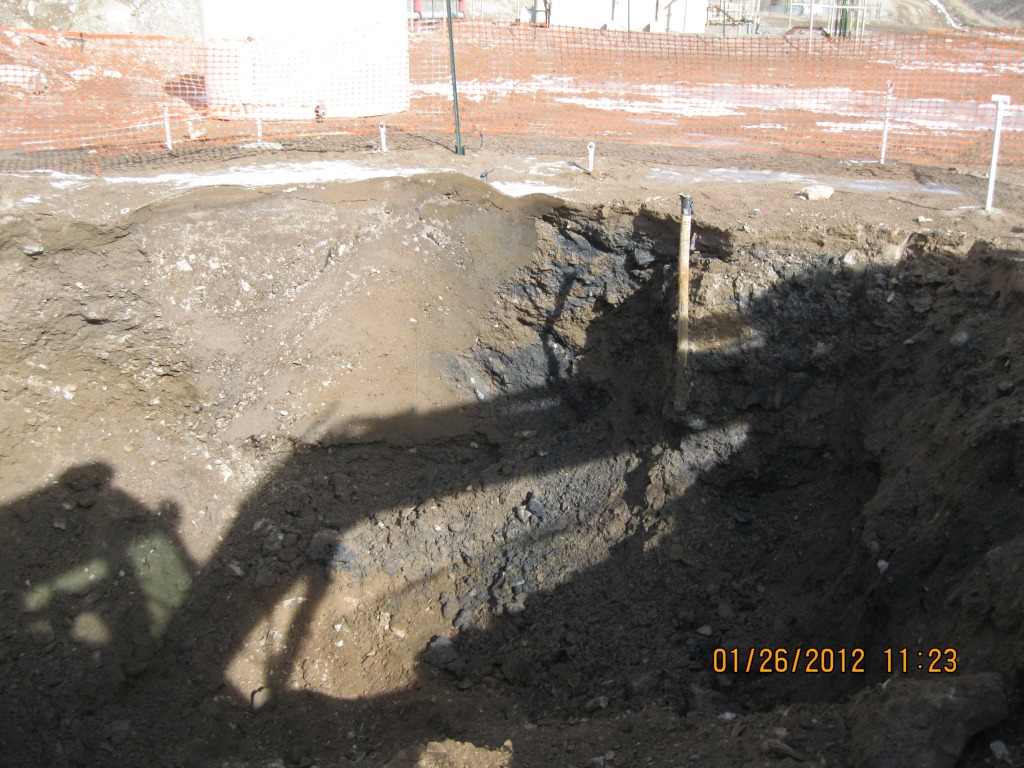