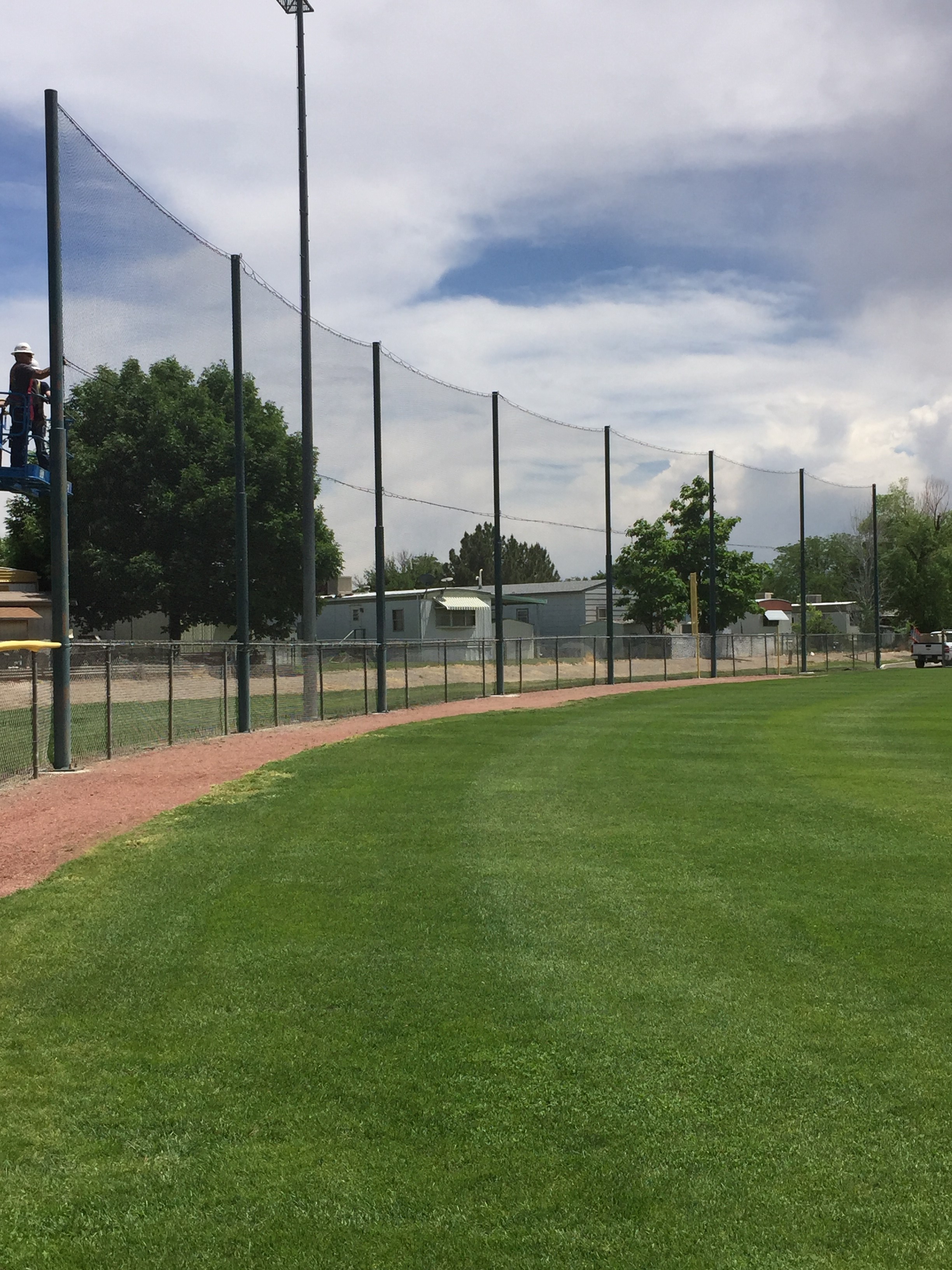 In its efforts to protect neighbors, the public, and ongoing traffic in the area, the City of Grand Junction Parks and Recreation department elected to replace the protective netting in the outfield of the Columbine Park ballfields located near the corner of Orchard Avenue and 28 ¼ Road. HRL’s Field Services Division partnered with the city to complete this project which consisted of removing the existing material and installing approximately 1,122 square feet of new industrial grade netting material.

No job is too small for HRL’s highly experienced and versatile team of professionals. They specialize in several areas of environmental compliance including wildlife protection, waste management, remediation, and stormwater. HRL’s team is the premier provider of the leading method for industrial compliance with the Migratory Bird Treaty Act (MBTA) in the United States. The installation of netting has proven to the most efficient and cost-effective method for preventing harm or death to migratory birds and small animals as it relates to large areas of contamination. Approved by the U.S Fish and Wildlife Service (USFWS), HRL’s design has been recognized as a best management practice (BMP) for municipalities, oil and gas operators, and mining companies and is the most widely accepted prevention and protection choice for industrial applications. Additionally, the field services team is regularly called upon to install netting at ball parks and golf courses.

Contact the field services team at (970)243-3271 or info@hrlcomp.com for additional information.